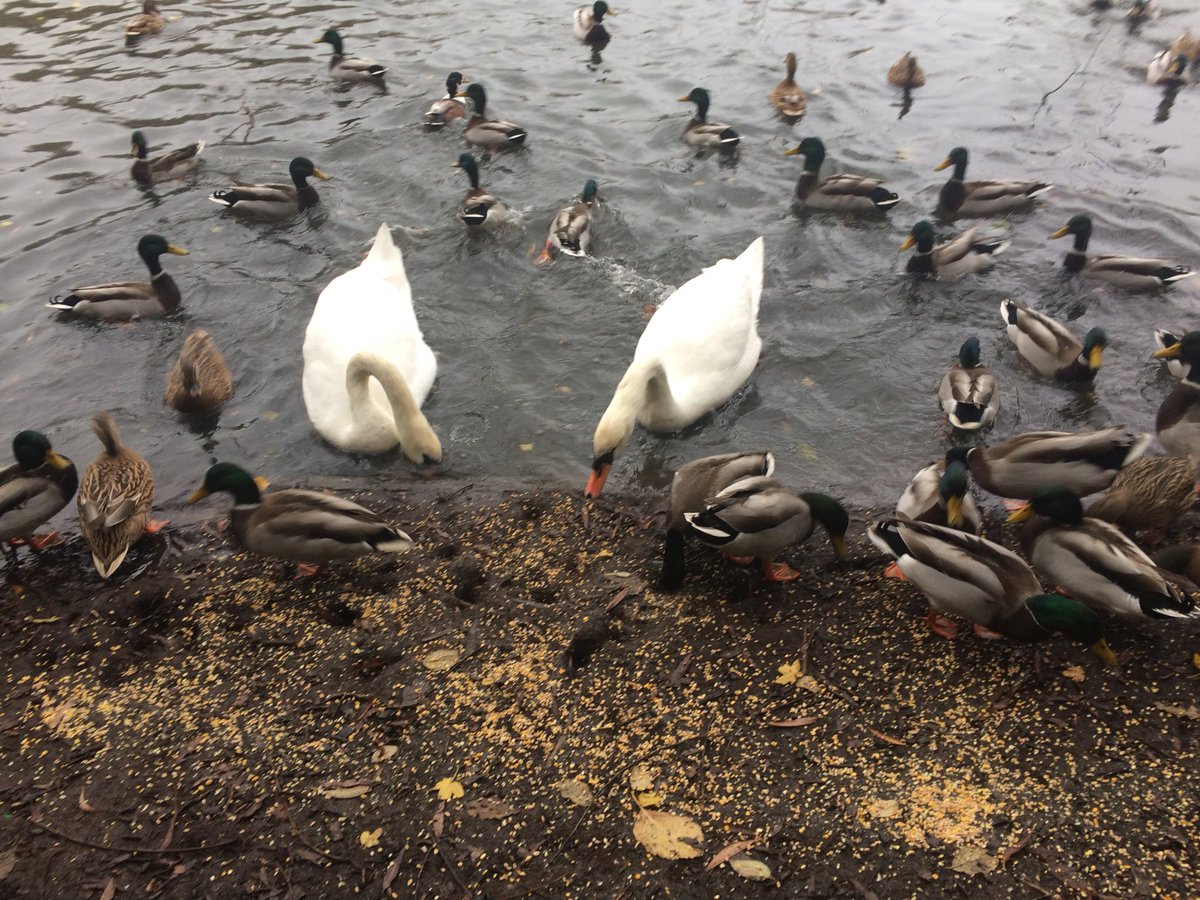 I f you find yourself around the pond and looking out over the reed beds towards the island, a famous poem comes to mind from a local poet. F.W. Harvey lived in the Forest. Not only did it capture the mood in wartime Britain during the First World War but life in the early 20th Century. As Leonard Clark once said… The Severn Valley bore Harvey and cradled him, French fields and German prisons tempered him, the Forest of Dean matured him.

So sit and relax and listen to this piece he wrote in prison, remembering his home. enjoy. 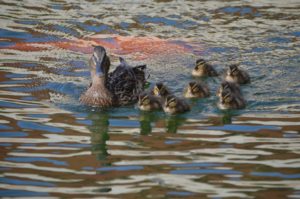 (To E.M., Who drew them in Holzminden Prison)

From troubles of the world I turn to ducks,
Beautiful comical things
Sleeping or curled
Their heads beneath white wings
By water cool,
Or finding curious things
To eat in various mucks
Beneath the pool,
Tails uppermost, or waddling
Sailor-like on the shores
Of ponds, or paddling
– Left! Right! – with fanlike feet
Which are for steady oars
When they (white galleys) float
Each bird a boat
Rippling at will the sweet
Wide waterway …
When night is fallen you creep
Upstairs, but drakes and dillies
Nest with pale water-stars.
Moonbeams and shadow bars,
And water-lilies:
Fearful too much to sleep
Since they’ve no locks
To click against the teeth
Of weasel and fox.
And warm beneath
Are eggs of cloudy green
Whence hungry rats and lean
Would stealthily suck
New life, but for the mien
The hold ferocious mien
Of the mother-duck.

Yes, ducks are valiant things
On nests of twigs and straws,
And ducks are soothy things
And lovely on the lake
When that the sunlight draws
Thereon their pictures dim
In colours cool.
And when beneath the pool
They dabble, and when they swim
And make their rippling rings,
0 ducks are beautiful things!
But ducks are comical things:-
As comical as you.
Quack!
They waddle round, they do.
They eat all sorts of things,
And then they quack.
By barn and stable and stack
They wander at their will,
But if you go too near
They look at you through black
Small topaz-tinted eyes
And wish you ill.
Triangular and clear
They leave their curious track
In mud at the water’s edge,
And there amid the sedge
And slime they gobble and peer
Saying ‘Quack! quack!’

When God had finished the stars and whirl of coloured suns
He turned His mind from big things to fashion little ones;
Beautiful tiny things (like daisies) He made, and then
He made the comical ones in case the minds of men
Should stiffen and become
Dull, humourless and glum,
And so forgetful of their Maker be
As to take even themselves – quite seriously.
Caterpillars and cats are lively and excellent puns:
All God’s jokes are good – even the practical ones!
And as for the duck, 1 think God must have smiled a bit
Seeing those bright eyes blink on the day He fashioned it.
And he’s probably laughing still at the sound that came out of its bill!

You can visit his home at Ministerworth by going to the website at http://www.fwharveysociety.co.uk/ where there is a walk around his village.