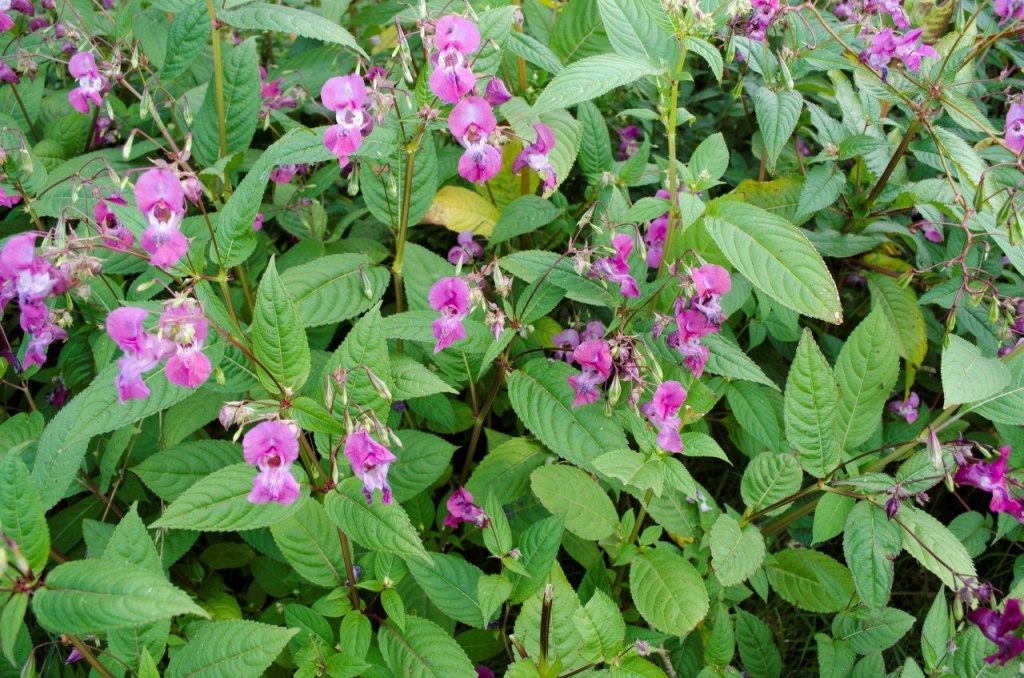 Himalayan Balsam: Why this ‘pretty’ plant is such a problem?

What is Himalayan Balsam?

Himalayan Balsam was introduced to this country in 1839 as a greenhouse plant.  However, it found its way to waterside situations, such as riverbanks, the banks of streams and, importantly for us, Saintbridge Pond.

Himalayan balsam has many common names, some relating to the hat-shaped flower: policeman’s helmet; Gnome’s hatstand.  The names Himalayan Balsam and Kiss-me-on-the-Mountain came into being because the plant is from the Himalayan Mountains.

Why is it such a nuisance?

This attractive weed is a problem for a number of reasons: it grows quickly and shades other plants, so depriving them of light and killing them off. It produces a large amount of pollen over a lengthy season and because it is attractive to pollinating insects, it reduces pollination opportunities for other plants.  The nectar is very sweet and can outcompete that of other plant species.  The plant’s stem is fleshy, which means that it is not frost-proof, so Himalayan balsam dies off in the winter, leading to soil erosion.  The shallow roots of the plant also contribute to the erosion of soil.

How can it be identified?

If you want to spot Himalayan balsam, be aware that it can grow 2 to 3 metres tall (6 to 10 feet).  It is an annual and from June to October will have purply-pink flowers.  The stems of the plant are a reddish colour.  The leaves are in threes or are opposite and are edged with small red teeth.

How does it spread?

According to the website of the Royal Horticultural Society (RHS), rhs.org.uk, each plant produces as many as 800 seeds and disperses them over a wide area in an explosive way when the seed pods burst.  Seeds can be sent up to 7 metres (22 feet) from the parent plant, then transported further by any watercourses in which they land.  There are differing reports online of how long the seeds can remain viable: suggested survival times range from one to three years

How should we deal with Himalayan Balsam?

Some conservation groups – including FOSP – have ‘balsam bashing’ events to destroy this invasive weed.  Removing Himalayan Balsam before it flowers is the most appropriate method of destruction, according to the RHS website.  Pull it up – it only has shallow roots – or cut it down.  On the other hand, if you are not confident about your weed-identification skills, you may prefer to see the flowers to be sure that you have the right suspect.  The website of the charity Plantlife, plantlife.org.uk, advises composting the weed or, if there are seeds present, burning it.  Plantlife also notes that if Himalayan balsam is not allowed to set seed, it will eventually die out.

Other interesting information from an article in The Telegraph Newspaper, June 2017 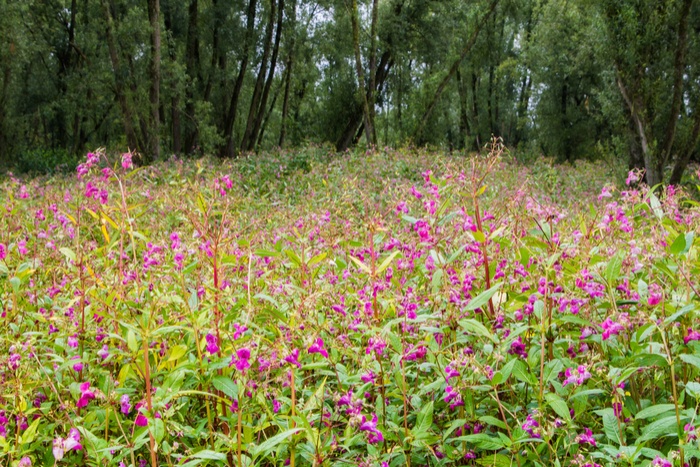 Cllr.Andrew Gravells will be visiting us at around 11.30 am, on Sunday 5th Sept around the Pond for an update and to look at what work has been going on.Could members of the local community please come along to air your views/make suggestions to your local Councillor about the Pond. This is a chance for the community to make a change - for the better - if you want this facility to remain a place to visit then it is important to contribute to its future. Please encourage as many people to come as possible. ... See MoreSee Less
View on Facebook
· Share