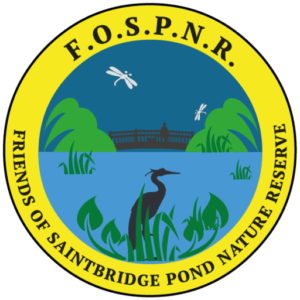 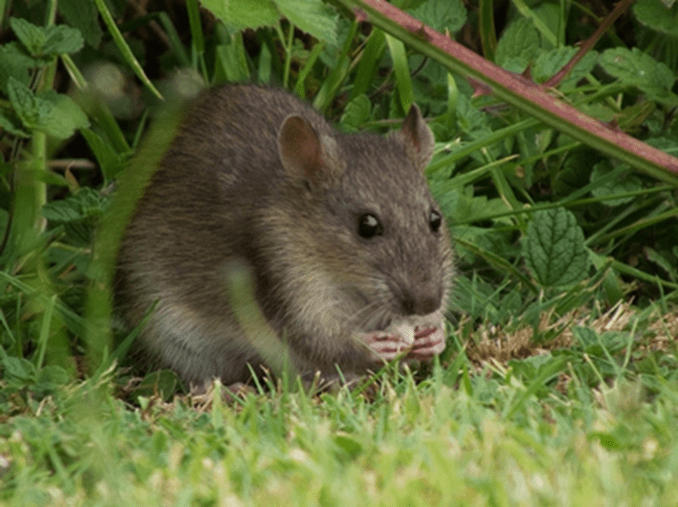 Before continuing to the article, please watch the public information film from the River and Canal Trust about this growing problem.

Changing the way we feed the ducks.

It’s one of the most joyful things you can do with the kids on a Sunday afternoon – head down to the banks of your canal or river and feed the ducks out in the sunshine. There are concerns, however, that ducks are being fed too much bread in overcrowded hotspots, so the Canal & River Trust is launching a new campaign to try to redress the balance. Trust ecologist Chantal Dave tells us more.

What’s a natural diet for a duck?

So what should we be feeding the ducks?

Try seeds, corn and perhaps even defrosted frozen peas. One food I’ve noticed goes down well is porridge oats. Bird seed is another great option, too. And they don’t need a huge amount – just a small scattering will do.

How have ducks responded to these alternatives so far?

There has been some initial feedback saying the ducks aren’t taking to it so well as the bread but I think this is simply because they’re not used to it, especially if it’s a popular feeding site and they’re used to eating bread. My advice is – be persistent and keep trying with the healthier food. They’ll get used to it in time!

Why is bread bad for ducks, then?

Too much bread, particularly white bread, has been found to be unhealthy for humans, so how can we expect it to be good for ducks? It’s low in nutrients and can be very stodgy for wildfowl to deal with. Another issue is that any scraps of bread left uneaten in the water can quickly harbour bacteria, such as Clostridium botulinum, which can cause botulism in ducks if they happen to eat it. Uneaten scraps also attract vermin, such as rats.

And how can food affect the water?

Too much food thrown into a manmade body of water, such as a canal – which has a slow-moving flow – can cause a build-up of too many nutrients in the water and encourage algal growth. This algae, such as duckweed, starves the water of oxygen and blocks out sunlight, having a detrimental effect on the ecology of the canal. So as well as encouraging people to feed the ducks healthier alternatives to bread, we’re also recommending they avoid the overcrowded feeding hotspots. Instead, try taking your pouch of food a couple of miles up the towpath and spread the love a bit more.

I need to draw attention to this disease which has received recent publicity due to several complaints about the rat numbers around the reserve. Within the Current COVID Crisis, footfall around the pond has increased with the numbers exploring this great resource. However, there is a problem, with the increase in the grain and mainly bread left at the feeding sites (along with the litter), the rat pest population has increased and they have become more brazen. 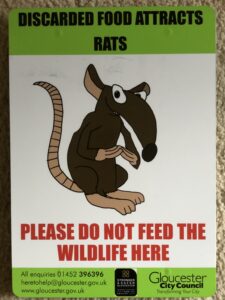 In order, to stem the amount of bread and other material left on the bank, we will be installing the above sign to inform everyone of the dangers of leaving food on the bank.

These pests have been getting used to human contact, seeing ‘us’ as a food source over the past couple of months. Also, people have been getting them confused with ‘water rats’ or voles which is a completely different secretive species. The public confusion lies with Rat (better known as Ratty) as one of the four main characters in the 1908 book The Wind of the Willows. He is in fact, a water vole (referred to as a water rat in the book) who lives at a riverbank

Differences between the Rat and Vole

One distinct feature that sets water voles apart from brown rats is the ears.

The Nature of Weil’s Disease
Weil’s disease (Leptospira) is a bacterial infection carried in rats’ urine which contaminates water and wet river banks. The bacteria do not survive for long in dry conditions. It can occur in any water, including swift streams and rivers, but the likelihood of becoming infected is greater from stagnant or slow-moving waterways.

The highest risk is to farmers and vets who are most likely to come into direct contact with infected urine or blood. The next level of risk is from contaminated water to fishermen, water sports enthusiasts, etc. Finally, there is a small risk of catching Weil’s Disease from contact with soil.
Leptospira can live up to several months in water and plays an important role as a source of transmission of leptospirosis. Leptospira needs an optimal environment to live and to reproduce such as a moist atmosphere, temperatures around 25˚C, and pH near neutral (±7).
Dry weather conditions, strong sunlight, water, and soil pH outside the range of 6.2 to 8.0 do not support the growth of Leptospira.
I need to repeat this, the disease itself is relatively rare, thus the overall risk of contracting it is small.
However, it can be a serious illness requiring hospital treatment and can lead to kidney or liver failure, and so all reasonable precautions to avoid infection must be taken.
If you fall ill with the symptoms overleaf, particularly from three to nineteen days afterward, I urge you to see your doctor immediately.

Please note:
The most common mild symptoms are high temperature, a flu-like illness, and joint and muscle pains. You should inform his/her doctor about the activities in which he/she has been involved.

PRECAUTIONS FOR  FEEDING THE WILDFOWL NOT WILDLIFE (RATS)

As FOSP Vice-chair, I would like to recommend the following actions:

1. Activities where children are repeatedly close to stagnant or slow-moving water.
Please do not let them sit or touch the grass or the muddy bank, and stay at least a metre away from the edge of the water. Make sure all food falls on the water surface. The reason for this is that the ducks will be the only ones to feed on your food.

2. Please don’t empty your food contents on the floor near the bank when you leave.
After you have finished, please take all seed or bread meant for the birds’ home or put it in the bins provided around the pond.

3. If the ducks do not seem to be interested, do not feed the rats. Please stop immediately and save your food resources. Explain to children that they are not hungry at the moment and we are only here to feed the ducks. These rats are very resourceful and can find their food naturally.

4. Once you have the opportunity, please ensure that you wash your hands after feeding the ducks.

5. Before setting out, any cuts or grazes should be covered by a waterproof plaster.

6. Please wear strong shoes or waterproof boots when near the water’s edge to avoid slipping or accidental cuts throughout the year.

7. If parents or children develop a flu-like illness after visiting the pond, they should consult their GP as early as possible.

The precautionary measures detailed should reduce the risk of leptospirosis. 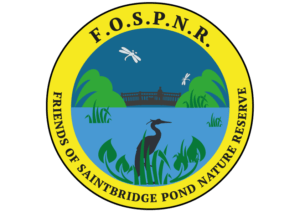 Lovely photos from Saintbridge Pond today, including a baby moorhen ! Worth a look, very cute. Credit and thanks to Pete Wilson ... See MoreSee Less

When this happens, it's usually because the owner only shared it with a small group of people or changed who can see it, or it's been deleted.
View on Facebook
· Share